Paying with Coupons: A Most Heinous Act

When I was growing up there was a common trope in television sitcoms. A man would take a woman on a date to a restaurant. When the check came, he would make the worst faux pas imaginable. He'd hand a coupon to the waiter. Everyone would laugh at his lack of social grace, and the rest of the episode would feature his attempts to redeem himself. 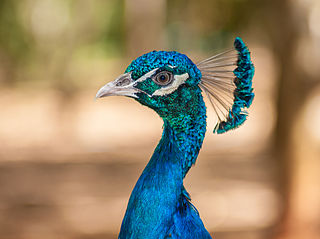 While commonly seen, the issue was rarely discussed. Why can using coupons be considered embarrassing in some situations? Why did this prototypical man become a laughing stock for the majority of the thirty minute time slot?

As in all topics economic, it's best to look back to biology. Think of the peacock - the bird known for its large, ostentatious feathers. In many ways these feathers are quite the detriment.

So if there is no benefit to the bird's survival, why does it grow such large feathers? It does so to attract mates.

Economists refer to this type of behavior as signaling. The basic concept is that if a bird can afford to "waste" resources on acts that do not directly benefit itself, it must have a fantastic ability to gather resources. Much like a peacock, when the character from the sitcom utilized a coupon, he was signaling that he probably had a relative lack of resources.

Of course, signals are imperfect. Many wealthy people only build wealth through careful money management. Even Warren Buffet (one of the wealthiest individuals on the planet) still lives in the same house he bought in 1957 - for the princely sum of $31,000.

Interestingly, signals are often all we are able to use to judge a person's wealth. It is considered uncouth to ask to see a bank account's balance or a biweekly paycheck - just as a peahen can hardly ask to analyze a peacock's DNA for genetic quality. The result? Imperfect access to information will lead to animals, people - even businesses making decisions that would be otherwise inefficient to demonstrate their success in whatever marketplace they exist.

If you'd like to learn more about how to price software you should take a look at my book. Either that or hire me for a consultation.