You can learn a lot from failure, but it's a lot more fun to learn from other people's failures than your own.

As the spiritual successor of Strategic Pricing: The Novel, this book follows Jim Wells as he performs a lessons learned analysis on dozens of rejected proposals at his company HQ.

This book is not intended to teach you how to write a proposal. Bookstores are chockfull of dry books that are dedicated to the mechanics of formatting and design.

Instead, it examines the most common errors that cause proposals to fail and companies to miss out on opportunities. It's written by me - an economist who has written proposals, evaluated proposals and studied them in depth.

After years of experience, I've come to realize that many proposals are rejected for reasons that should be obvious before they are even submitted, but somehow never addressed.

Each chapter in this manuscript follows the main character as he speaks to a different proposal recipient. Through dialog and discussion, we see where the proposals went wrong, and how even big companies can lose sight of the big picture.

Yes, some of the situations are a bit ridiculous, but who wants to read another dry textbook anyway?

This book has it all:

Just look at what the press is saying:

So what are you waiting for? Buy a copy today! 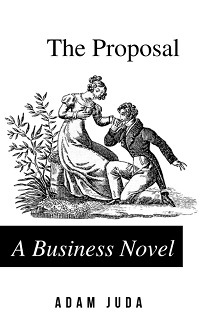